10 Books Guaranteed to Make You Smile 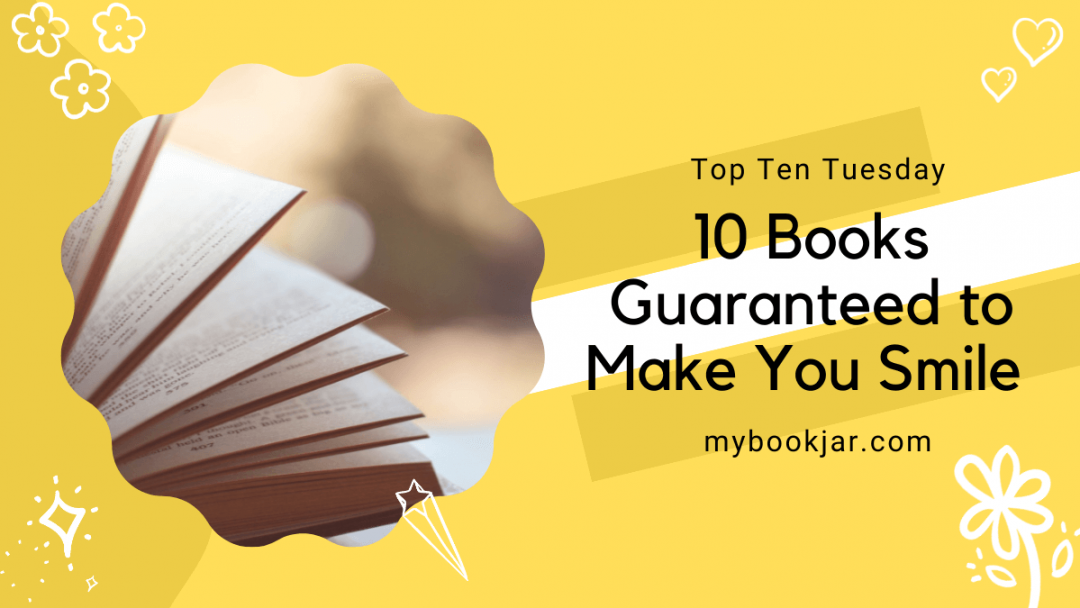 For this week’s Halloween freebie, we decided on books guaranteed to make you smile because they make us smile. We know that just because something makes us smile might not tickle your fancy, but the books on our lists always make us laugh.

The books on Carmen’s list are ones she reads because she likes the humour and the characters; they can always be guaranteed to pull her out of the dumps and a slump.

Cletus is my favourite Winston brother, and the book in the series where he falls in love: Beard Science never fails to make me smile.

Cletus’s machinations, scheming, along with the way he thinks, are highly entertaining. I’m sure that I have waxed poetically about him before and will again.

This Hate to Love romance makes me smile every time I look at it on my shelf, and I read it a lot. It is one of my favourite romances. The tension between Lucy and Joshua really makes the reader believe the hate. And when the truth about their feelings is revealed, they are adorably sweet to each other. But it could be the absolute hell that they put each other through first that makes me smile.

Highland Conqueror is a bit of an outlier on this list for me, as it is a historical romance, but it’s still a book that makes me smile. So much so that I have two copies of this book, a paperback and an ebook. It is one of my favourite books by Hannah Howell and her Murray family series.

‘I could, mayhap, with my great monly strength, pull the chains from the wall,’ murmured Sigimor…Being chained to a wall had obviously disordered his mind.

The Hitchhikers Guide to the Galaxy

I return to The Hitchhiker’s Guide to the Galaxy a lot. I have read it quite a few times. I listen to the audiobook (narrated by Stephen Fry) and watch the movie before bed and when I’m feeling down all the time. It never fails to make me smile. The absurdity of this science fiction novel tickles me and makes me want to tell everyone to read it. I’m currently trying to get my dad interested, and it will always be one of my go-to recommendations, as it’s funny and short—a great introduction to science fiction.

by Terry Pratchett and Ray Friesen

Small Gods was my first foray into Terry Pratchett’s Discworld series. The entire series has been on my TBR forever. But I really didn’t have a lot of exposure to the world of the series until my brother showed me the Hogfather Christmas movie based on the Discworld series.

I was enchanted; I borrowed it right away when I saw this graphic novel in the Library’s Libbyway. Just thinking about it makes me smile.

The artwork by Ray Friesen is bright and engaging, and the way Pratchett pokes fun at religion made me laugh and makes me smile.

It’s been and will continue to be a stressful school year, so the only books guaranteed to make me smile all light-hearted eastern comics.

I don’t talk about the artwork of comics much because I can’t fully describe why I’m drawn to certain illustrations over others. I am not an artist, and I lack the words to analyze art and artistic style choices.

This series always makes me smile because of the enjoyment I get when a new volume comes out, and I can read all of them again from the top.

Though it’s not my first BL series, it is the first BL series to grace my physical shelves. Re-reading the series after I purchased volume 10 had me smiling nonstop.

My heart went uwu while reading this series. Tsugumi Koeda is short, flat-chested, physically tiny, which for a high schooler, she creates a serious complex about her body. She is mortified when Masamune sees her ribs; he is intrigued—an adorable story of love and acceptance in high school starts.

If I had had a relationship in high school, I know it wouldn’t have been as soft as Tsugumi and Masamune’s, but it’s nice to read.

Five boys with very distinct personalities, a love of basketball and one timid girl in an attempt to make a fresh start in a new school befriend them all. The story was quite cute, but it was Toma’s white cat that stole my heart, its name is Milk.

Since then, I have decided to name my own Devon Rex cat 우유 [u-ju]u-oo-yoo), Korean for milk.

That Wold-Boy is Mine! is filled with shape-shifting high school students, trauma, and lost memories. There’s surprisingly a lot packed into four volumes, but because it’s so short, none of the issues are explored too deeply, yet the plot and conclusion are not affected.

I purposefully added these two books because they are not comics. I do go back and re-read my favourite parts and it never fails to make me smile.

Blue and Kelly go through a lot to be together, especially with Blue as an NFL player.

Books We Have Added to Our TBR and Have Forgotten Why

The Last 10 Books I Abandoned