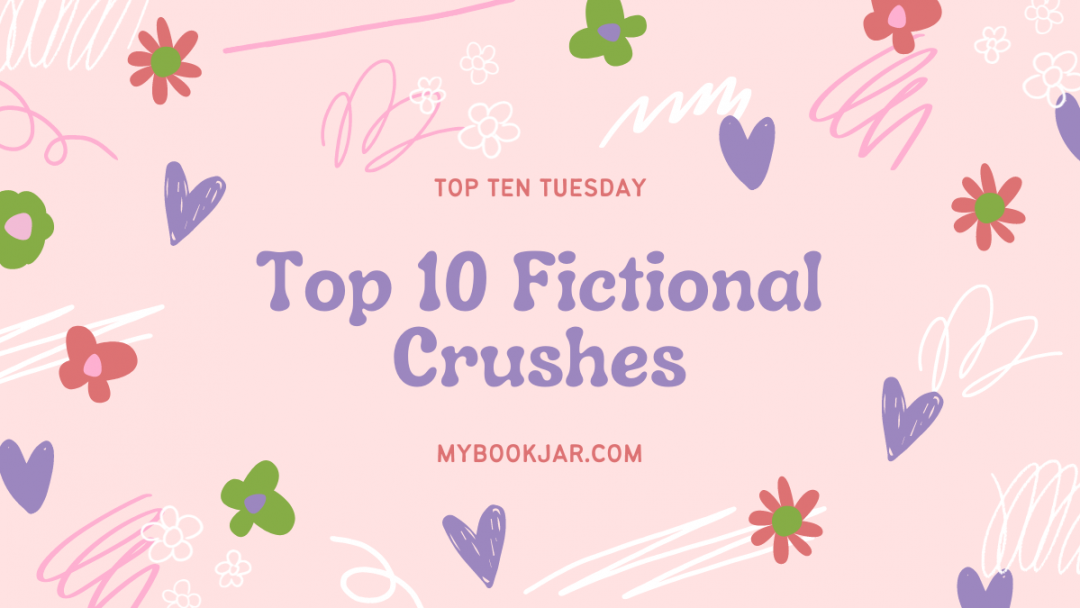 Carmen and Sash’s literary tastes do not always align, so in the list below there is bound to be a few fictional crushes you never expected and some you never knew should be on your list.

Though the series is a mystery/thriller, it has a healthy dose of romance. Dallas and Roarke are a power couple, but my fictional crush lies with Dallas. Her tall athletic frame, blunt bob and amber coloured cat eyes draw the reader in, but it is her smarts, dedication to her job despite the high-profile status of her husband, and her loyalty and caring for those she considers family that really makes her a fictional character worthy of crushing on.

Hotaru is sixteen, she has never been in love nor did she particularly want to be in love. But, love finds her anyways. Her quiet persistence, warmth, and willingness to explore her feelings for a boy who confessed his love to her is admirable. I love that she preaches first loving oneself before others.

Hotaru is calm, loyal, and stubborn; her charm grows as the volumes progress. She is a multi-dimensional character and a fictional (real) crush I would have loved to have when I was in high school.

Ran is “perfect” in every way, a flower waiting to blossom and Akira is the sun. Akira’s family owns a flower shop so his warmth that he extends to flowers extends to Ran as well.

Watching the love blossom between Ran and Akira combined with Akira’s sunny personality and openness during high school makes him an ideal fictional crush for high schoolers.

This BL (boys love) manga is worth a read for a number of reasons. The first and most important reason is Taichi. He is loud, honest, and (adorably) tactless. Taichi meets Kohei near the university campus and after a few chance encounters, they enter into an arrangement of sorts. Because Kohei has impaired hearing Taichi offers to take lecture notes for Kohei in exchange for Kohei’s homemade lunch boxes.

Taichi’s voice is the only voice Kohei can hear (it’s quite romantic) and after time passes, Taichi realizes that rather than continue to struggle to attend university, he would rather work. He finds a passion for advocacy and works with a startup that promotes accessibility and inclusion in the workplace for individuals who have impaired hearing and/or deaf.

Taichi is a fictional crush whose openness and acceptance are second nature to him; it’s refreshing to read and his personality jumps off the pages, you’ll fall in love with him, I guarantee it!

Stella has her own brand of charm; she is honest and approaches problems head-on, but like Stella, I have a crush on Michael Phan. He is patient and kind and shows Stella that she does not have to compromise her values to get a man, nor is she less than because it takes time for her to get into the mood for sex. The way Michael treats her and their sex lessons make him an ideal fictional crush.

Plus, Michael is Vietnamese and Swedish, he works as an escort and helps his mom with their family business. He’s filial, good-looking, kind and patient! Who wouldn’t fall in love with him?

Helen Hoang not only gives readers insight into disability and sex work as real work. Michael’s client wants more from him than just sex and he teaches Stella the importance of loving herself and her sexuality.

This was an incredibly difficult task for me to one come up with five fictional crushes and two explain why they are my fictional crush, but I did it barely. All of these crushes have a lot in common they are all “alpha males” with hearts of gold, can you tell I have a type.

I’m not usually into bikers or Motorcycle Club romances but Bullet and the Whiskeys are in a class all their own. The great thing about Bullet is that he has dimension, sure he is a tough guy but he also has trauma that he is dealing with. He gardens, has a dog, and rides a bike.

If I’m remembering correctly the thing that makes Beckett most attractive is the fact that he recognizes the worth and abilities of Gia. She works a dangerous job and he respects her abilities and treats her like an equal. Plus he is super hot.

Royce was a spy, war hero and is now a Duke. He is ridiculously smart and though a little closed off cares a great deal for people. He makes the list not only for his smarts and abilities but also for his swoon-worthiness.

Dare is a fictional crush for me because he seems like a generally upstanding guy despite being a scoundrel he tries to do the right thing. He takes care of his sister-in-law despite her being a not nice person and he is a good friend. If it hadn’t been for the fact that he was head of heels in love with her he never would have touched his best friend’s sister….probably?

Boone is a bit of an outlier as far as careers go. He’s a country musician. But like all my other fictional crushes still a total badass. He is very supportive, sometimes too helpful of Ripley and her career though you can tell he really cares and just want the best for her.

We hope you enjoyed our list of Fictional Crushes. Make sure to post your crushes and site links in the comments below!

Top 10 Books That Will Make You Cry