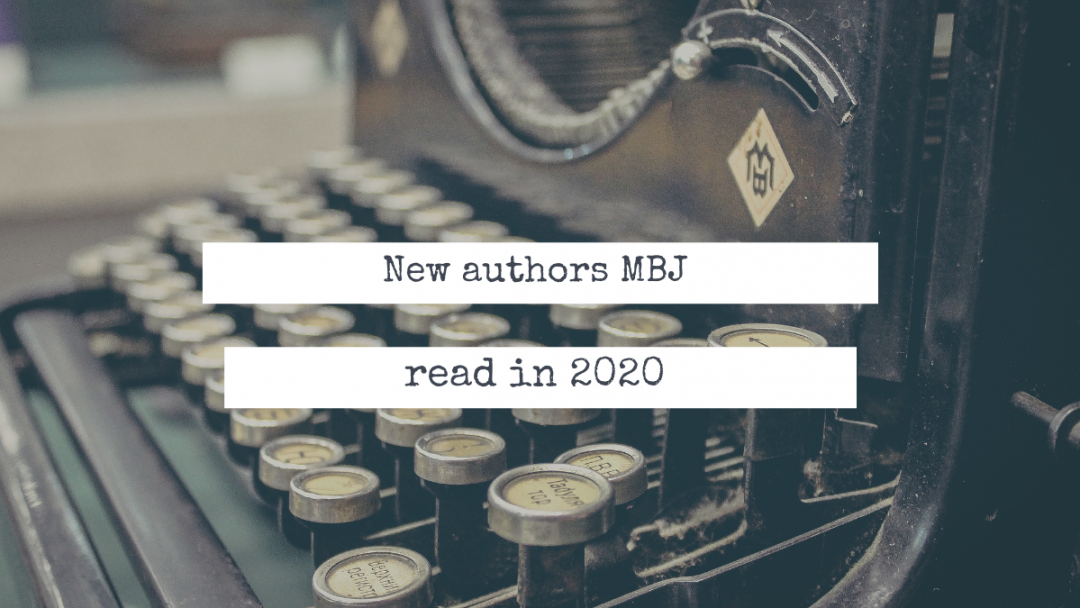 Surprisingly, 2020 was filled with many new authors. Some came across accidentally; others were assigned readings for classes, while others resulted from a recommendation.

However, these new authors came to us; we are happy they did. Hopefully, this list will introduce some new-to-you authors.

I was assigned to read one of David Chariandy’s books Brother for my Contemporary Canadian Writers class. I had never heard of this Canadian author before Brother, and I was glad to introduce him.

His book was a fantastic exposé of the racial tension and violence in Toronto in the nineties. It was a fitting choice to read soon after the rise of the Black Lives Matter movement. Brother exposes the often glossed-over racism that happens in Canada, and for that, I highly recommend it.

Another assigned reading, this one for Psychoanalysis and Approaches to Literature, introduced me to this author.

I’m honestly not sure if I like the book I was assigned to read—The Autobiography of Red. It is a reimagining and adaptation of the ancient Greek myth surrounding Geryon and Hercules written in verse. Because of the verse, I found it quite difficult to read, but the story was a new one to me.

Really all of the books on this list are assigned readings, the majority of which result from my Contemporary Canadian writers class. This author is no exception. He wrote the graphic novel Essex County, for which I have a mixed opinion. I liked the narrative(s) but had some problems with the art style.

Nevertheless, I was introduced to a new author whose books I am interested in adding to my TBR.

I discovered this author over the summer as a part of my Literature of the Fantastic course. I had never heard of Henry James before, but apparently, he is considered part of the classic canon. Once again, I’m not entirely sure that I will read any more of his works as they flirt with the horror genre, but it was still an interesting experience.

The final author that was new to me in 2020 was Kim Thúy, who wrote Ru. I thoroughly enjoyed Ru, a compelling story of migration and family. This is another Canadian author who I discovered because of class. Not all the authors that were new to me this year will be authors that I continue to read; however, I definitely expanded my repertoire of authors.

Ebony Elizabeth Thomas is a new author I stumbled upon this summer in my literature of the fantastic course. Her book, The Dark Fantastic, was an additional reading/source for one of the course papers.

As an English major, if I have time, I will read the additional readings. And womxn am I glad I did this time! Before I continue, I must admit that I listened to the audiobook—which is technically listening and not reading and still bought a physical copy because I liked it that much!

I’ve talked about The Dark Fantastic in our autumn recommendation post, so if you haven’t read it yet, I highly suggest the audio version as it’s a pretty dense physical read.

Memeco Arii is a Japanese manga artist/writer. I actually read the manga online, then watched the anime Hitorijime My Hero, and when I saw the mangas in the bookstore, I immediately bought all seven volumes.

It was such a happy coincidence when I not only found the mangas but realized that Masahiro and Kousuke’s story wasn’t over; sensei is still working on the other volumes.

It doesn’t escape my notice that there is a significant and inappropriate age difference between Kousuke and Masahiro, but for some reason, it doesn’t faze me, and it really should.

Carmen recommended Helen Hoang after reading book two in the Kiss Quotient series, The Bride Test, despite not having read the first book, The Kiss Quotient.

I started the series properly by reading book one first, but that’s where I stopped. I started and haven’t quite finished The Bride Test.

Regardless, Carmen and I are eagerly awaiting book three, The Heart Principle. When it is released in August 2021, I’m sure we will read the ones we haven’t yet read.

Note: The series do not have to be read in order or as a series; case in point, the order in which we have read them, respectively.

Talia Hibbert is another new author that Caren recommended to me. I found Get a Life, Chloe Brown to be a delightful read. I’m almost certain that it is the first interracial romance I have ever read. That is both sad and, well, sad.

For my first interracial novel by a Black female author, it was well-done. I highly recommend it.

I don’t actually remember how I came to find Ijeoma Oluo, and it doesn’t really matter. What matters is that I found Oluo or Oluo found me when I needed something like So You Want to Talk About Race.

While the cover is much shoutier than the book itself, it is worth a read.

Carmen and I seem to be fighting over who found Montell first. At the end of the day, it, again, doesn’t matter. We can both agree that we found her on Instagram, more specifically, Harper Collins, as she had done an Instagram takeover and then jumped on Instagram live to promote her book Wordslut.

We then entered a contest for the book giveaway, we did not win, but we did snag ourselves a free copy through Amanda herself and sat down with her for an interview (more on that later).

More importantly, Montell is currently working on her second book, Cultish: The Language of Fanaticism, and we can’t wait!