No one would suspect shy Lily Calloway’s biggest secret. While everyone is dancing at college bars, Lily stays in the bathroom. To get laid. Her compulsion leads her to one-night stands, steamy hookups and events she shamefully regrets. The only person who knows her secret happens to have one of his own.

Loren Hale’s best friend is his bottle of bourbon. Lily comes at a close second. For three years, they’ve pretended to be in a real relationship, hiding their addictions from their families. They’ve mastered the art of concealing flasks and random guys that filter in and out of their apartment.

But as they sink beneath the weight of their addictions, they cling harder to their destructive relationship and wonder if a life together, for real, is better than a lie. Strangers and family begin to infiltrate their guarded lives, and with new challenges, they realize they may not just be addicted to alcohol and sex.

Their real vice may be each other.

Thoughts: For some reason I thought this book was going to be glamorous. Not that there is anything glamorous about alcohol and sex addiction but I can’t hep my thing. Boy was I wrong!
Lily is such a contrast. She’s shy and timid and meek yet sex seems the only thing to bluster her confidence at least for a little while. Even her fantasies are bold and you would expect them to be attached to an equally bold and outgoing personality but that is just not the case.
I know that sex addiction is seriously and I’m actually glad to be able see it in this way. But also, as real as it is, I feel suspended in unreality. I find myself boggled at the situations Lily finds herself in, her relationship or lack thereof with Lo; and I can’t help but plead with her to be normal. While Lo’s addiction can lead death and liver failure and all that stuff, I feel myself sympathizing with Lily. Being addicted to sex and not monogamous sex addiction but anyone or the simple act of massaging suntan lotion on your body is enough to get you off after experiencing real withdrawal symptoms after a day is just hard. Everything about sex is so emotional. I feel as if she’s being hurt more than Lo is with his drinking problem.

I want to read the next book but the thought of someone threatening to out Lily is just too much for my tender heart because I like her and her sex addicted craziness already. TEAM LILO!

I’m so glad the other books are out. After cooling down I was about to jump into 1.5 without missing a beat. Maybe I should wait for three before I go any further.

Last Line: “And down out of sight.” 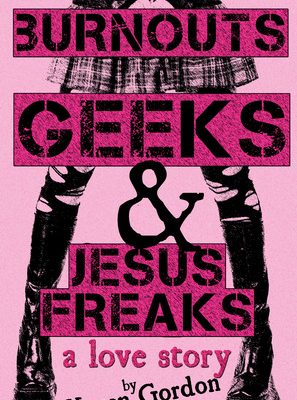