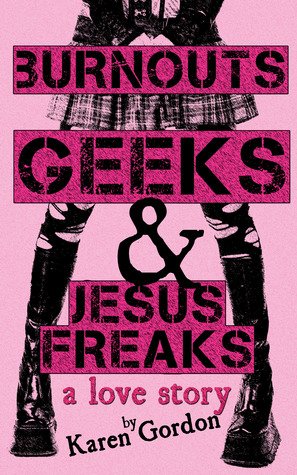 They’re burnouts – a little short on parents, money and plans for the future, but they’ve got each other and a whole lot of fun. With a world of crazy at home, Carrie Gould needs them to keep her sanity. To stay in their world she needs to keep dating the guy with the party house, which would be fine, if she hadn’t fallen in love with someone else.
He’s such a geek. Ben Gorman is obsessive, smart, strong-willed and on the fast track to his dream of becoming an Army Ranger. He’s also the only geek with a girl. Joelle Welker is perfect for him; a self-proclaimed Jesus freak, who is dedicated to her beliefs and to building a future with Ben. But those plans don’t include his neighbor, Carrie, or Ben’s dedication to her.
Their friendship started by chance. Their love started with trust.

This is a sweet, silly smart-sexy story of first love and first lovers

Thoughts: The first book I’ve ever read by Karen Gordon, I was not sure what to expect, you read the title and you think YA teenage drama stuff, even for NA the title itself seems a bit immature. The cover is different and not what you’d expect once you start reading the book. To be honest the title and the cover don’t really, at least to my mind match or encompasses all that the book is about. A love story it is, a cute yet emotionally messy but fulfilling love story.

That’s about all the title got right. Yes, there’s a burnouts group and one person who is considered a geek (Ben) yet his “group” isn’t really mentioned until later on in the novel and even then, I’m not sure they’re considered geeks, losers maybe, geeks not so sure. The Jesus Freaks, there was one prominent one and the other two (were there two?) I know for sure there was one more, Laura, weren’t all that Jesus-y. I did come to like Laura and her view on Christianity once all the High School drama was out-of-the-way. What I didn’t understand was the introduction of Michelle(?) she fit into the preppy group and I wasn’t sure what her role in the book was other than to throw us off guard because I wasn’t sure how/why Carrie was feeling semi-hostile/guarded towards her, she seemed like a nice girl, maybe she was there as romantic interest and that was all, I don’t really know.

Burnouts, Geeks and Jesus Freaks is to my eyes a coming of age novel. My favorite thing about this book is the character progression, not necessarily development, mind you, they are two different things.
I felt like Carrie could have developed more as the years went by or at least have her development be noticeable, which brings me to my biggest problem with this book: The writing while engaging was poorly done as was the Chapter and Year transitions. Such a good novel was made lesser by the authors inability to properly execute and order the book in a way that it transitioned from event to event seamlessly without the reader guessing what year and place the characters were, (*side note, what year was this? I feel like maybe 2000 or earlier?), it was very frustrating, one minute they’re 16 the next 21? I think I calculated 25 at one point, it was all over the place, especially when Two-fers age was brought up, I feel like he should have been older than 8 by the end of the book (just saying).

The author did an okay job of explaining loose ends but there were still some issues and questions that I had that left me flustered; what happened between MG and Carrie for them to stop talking (life, I get it) But when they made up there was no insight into what happened, also MG and Steve? Where we at with that? And here is a semi-big thing for me, I understand Ben and Carrie have history but that second time around, everything moved way too fast for my liking, or maybe that was the lack of proper transitioning at its finest, I didn’t have a clue how much time had passed, 2 weeks, 2 months before things became permanent? And what the hell is up with Ben giving up his dream of becoming a Ranger, that was the most important thing to him in this book and you just brushed it to the wayside with a so-so explanation from Carrie? Not even Ben’s POV was used to explain why he gave it up, he was supposed to defer because he loved her so much but not go! Did he just raise Grace and Benet as his own and not have any more children? He was okay with that? Obviously I think this was a very abrupt ending that needed a bit more substance for it to fully satisfy me.

All in all, I gave this book a 3.5 because I feel like giving the author the benefit of the doubt and thinking this is a rough draft before it gets edited and actually published, because there were a lot of things that needed to be fixed with some good editing. If this is the published edited version then, good story, so-so writing and character development and story progression, I give it a 2.5 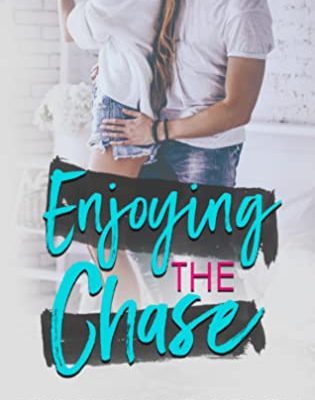