REVIEW: Diary of a Fat Girl

Bernadette Rivers has had enough. Always the fat friend and fat twin, she’s ready to be more.

This summer she’s going to lose the weight that’s been holding her back.

As determined as she is, Burn knows she can’t do it alone.

Enter Warren Grey; ex-high school hottie and stereotypical jock. He is everything that tormented her about high school but she knows he’s exactly what she needs.

With a distant mother, a sister with poor taste, a polar opposite best friend and enough insecurities to fill the Grand Canyon, can she learn to love the skin she’s in?

And then, of course, there’s Fred.

I like Fred and Warren so much! There has been very few times (at least for me) when two love interests tear my heart in two and I don’t know which one to root for.

Fred, is the hottest rock nerd I’ve ever read about. Ginger hair, tall and lanky, with eclectic musical taste and an interesting hobo-esque nerdy fashion sense, (breathe) who rides a motorcycle and he wants to be a doctor? Come on! He is dreamy, I admit BUT either the dude really is shy or he’s a smooth operator, the way he plays with Burn’s heart is not okay with me.
And then there’s Warren, he’s hot, and fit and deep for a “dumb jock.” He’s  also nice and sensitive and caring, and most importantly he GETS her. He’s her fitness trainer but he’s training her to be the best healthiest version of herself, not to be thin or to look like what society thinks she should look like but to look like herself.
Each man (boy) plays a vital role in Burn finding herself, becoming comfortable in her skin and it’s amazing to watch her growth and the role they play. I’m in awe of this book. It’s not just about Burn being “fat” but how she’s an emotional eater, it’s as much a mental as it is physical. It’s about how one can be anorexic and identify as anorexic without looking the part anymore. No matter how you look on the outside or what you’ve done to adjust your mental state, it’s something that is forever a part of you, a defining factor as to who you once were.

I get all the five-star hype, and while cliffhangers like this one would make me upset, I’m still reeling from everything that’s happened in the last few entries. Since it was published in 2015, I’m holding out hope that Ms. Moira knows what she’s doing and will promptly release a sequel, but you know what? Even if she doesn’t, I’m still happy with the ending. I think I want to know more about Burn’s dad . I want to know who she chooses, nerdy Fred or hot high-school crush Warren? Can there really be two loves of your life out there? If so, I don’t think I could handle meeting them both at the same time.

Update: It’s taken almost two years but the sequel is  supposed to be out as of December 31, 2016, it’s not but you can check out the synopsis here on Goodreads. I can’t wait to read it and write my review. I also can’t decide if I want it to be the end or a cliffhanger ending. If it is a cliffhanger ending, I know I won’t be getting the next book until December 31, 2017 (kidding).

Last Line: Fred… “Burn, I think I found your dad,” he said and my world crashed down around me.” 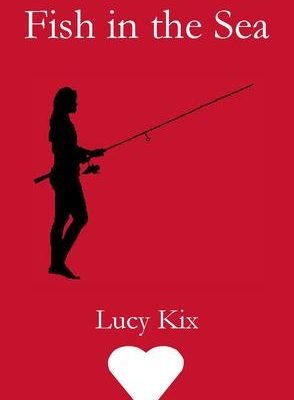