Nate Peters is living the playboy life. He has great friends, a great job, no responsibilities, no girlfriend, and he loves it. Nate, being incredibly skilled with a pick-up line, has never failed to get a girl in his life… until one day he meets Rosie York. Rosie is completely uninterested in him. Being unable to stand a dented ego, Nate makes it his mission to win her over. Not used to putting in much effort, Nate is surprisingly enjoying the chase of this off-limits little brunette. Maybe he has finally met his match… But Rosie has a few surprises of her own which will make it remarkably more difficult for him to get close to her

Series: Weirdly enough this is the second book in an unnamed series and can be read as a stand alone, the first being Nothing Left to Lose which would have been nice to know.

*Side note: ^ that may be Chris Evans but Nate is a blonde “god” not a brunette hottie like Chris and who is the chick? Ashley Greene maybe? What do you think?

This book was unnecessarily long but I gave it 2.5 stars because it was funny at times and I also really didn’t care enough about it to be upset with little things.
It was a good pick up and put down after a couple of days read. It felt like your very long-winded friend is telling you a story in a minute detail of how he/she got together with their significant other; and you just kind of sat there and listened cus what else are you gonna do?

If you’re looking for a long mindless read then this is the book for you.
Although be warned there is a lot “leant” and weirdly put past tense words which I chalked up to being UK-based, idk, but it was annoying, so heads up! 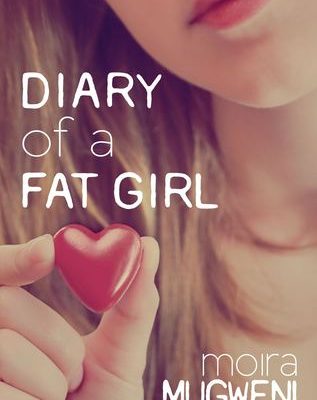 REVIEW: Diary of a Fat Girl