My top ten most anticipated novels for 2015 have been chosen because the characters grow and develop over time, so I am excited for these novels to make their big début in 2015. Here goes:

When I’m Gone (Rosemary Beach, #11) by Abbi Glines—April 2015, not gonna lie, I was never all that interested in Mase or his story, but Abbi Glines has yet to steer me wrong, so I think I’ll follow her blindly with this one.

Rebound (Boomerang, #2) by Noelle August—February 2015. Ah, the oh so successful and suave Adam Blackwood. Honestly, I didn’t really like him in Boomerang; I hope that all changes.

The Friend Zone (Game On, #2) by Kristen Callihan—April 2015. Comic relief Gray Grayson gets his own story with his football owner’s daughter.

Make it Last (Bowler University, #3) by Megan Erickson—January 2015. Military Cam Ruiz’s story. We didn’t really see him much in the first two books, but at least in the second, we got some mystery insight into his life. Now I want to know more.

The Game Plan (Game ON, #3) by Kristen Callihan—October 2015. There is no excerpt about this one yet, but the first one left me wanting more and with the second out in April, I’m sure I won’t be disappointed.

That Baby (That Boy, #3) by Jillian Dodd—March 2015. I have waited for this book for a year and a half; the anticipation is killing me. I’ve never really been into love triangles, but this was a tastefully done love triangle, and now I just want the fabulous ending with the guy of my dreams.

One Night with a Billionaire (Billionaire Boys Club, #6) by Jessica Clare—June 2015. I couldn’t do Maylee’s story; the thick southern accent was killing me, so I thought I’d skip ahead to book 6 and jump in from there. Also, I seem to like loosely based fairy-tale-like romance novels.

Finding Bliss (Bliss, #4) by B.J. Harvey—April 2015. Dr. Noah Taylor gets his own book! I’m actually excited about this, considering how he’s always been a hospital f* buddy f*. It’ll be good to see him as a real person and not as his downstairs appendage.

Obsession In Death (In Death, #40) by J.D. Robb—February 2015. Eve has a crazy fan, and it’s not me; I am crazy, and I am a fan, but I definitely don’t want to kill her. I can’t wait for more Eve and Roarke, plus the ones with Eve’s life in danger always seem to be the best.

Top 10 Books I Almost Put Down But Did Not

5 Books That Give Off Summer Vibes 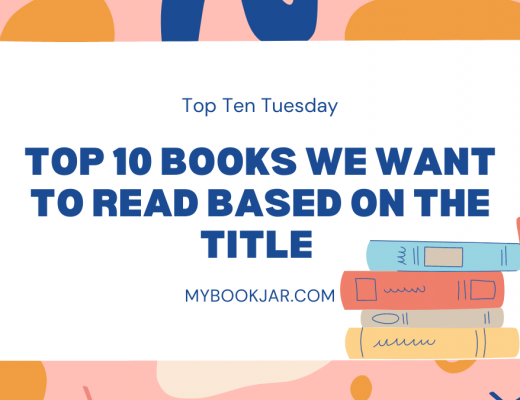 Top 10 Books We Want to Read Based on the Title